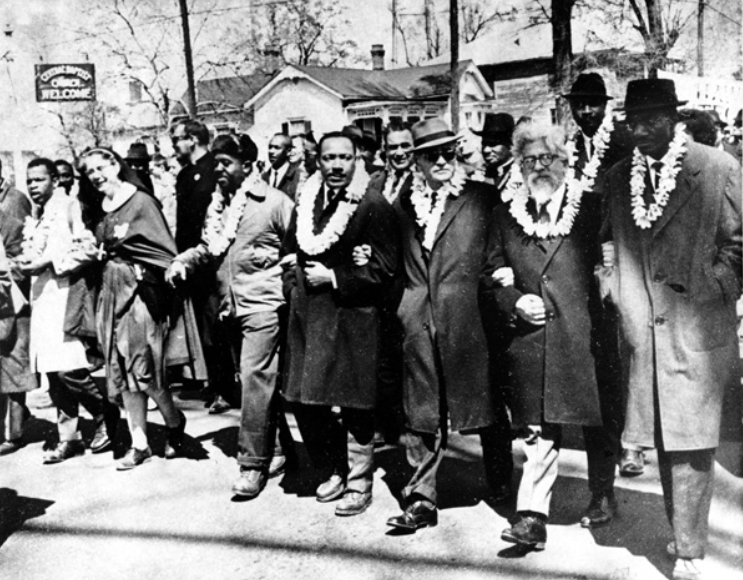 We all know Martin Luther King Jr was a great civil rights leader. We celebrate his birthday in January because he actually changed the world. We know him as a historical figure. How is this connected to the Refusenik movement? In this lesson, students will consider the connections between the civil rights movement, Jewish values, and the struggle for Soviet Jewry.


At the end of the lesson, students will be able to make connections between the civil rights movement, Jewish values, and the struggle for Soviet Jewry.

2. Text Study: Look at the following texts on the “Martin Luther King Day Text Sheet” in order to help provide context to the “Brainstorming” questions.

There is a speech Dr. King wrote on behalf of Soviet Jews. In December 1966, on Hanukkah, the American Jewish Conference on Soviet Jewry was having a nation-wide organizing conference call and invited Dr. King to speak over the phone, an offer he gladly accepted. What followed was a rousing address on behalf of what he called a “withered and restricted Jewish community.”

“Individual Jews,” Dr. King said in his comments, “may in the main be physically and economically secure in Russia, but the absence of opportunity to associate as Jews in the enjoyment of Jewish culture and religious experience becomes a severe limitation upon an individual.”

You can read the address and the history of how it came together here,

African Americans slaves in plantations often sang spirituals as they worked in the fields. The songs gave them hope and helped to pass the time during grueling work. Many of these songs are connected to the Israelites’ slavery and then exit from Egypt. Although most slaves were Christians at this point, this Bible story held great meaning for them. You can read about some of their songs here.

Share with your students and watch the video: The connection between the Jewish community and the African American community was recently celebrated by two singing groups, The Maccabeats and Naturally 7 – Shed a Little Light – MLK Jr. Day – (James Taylor Cover)