About
The Refusenik Project is a free educational resource created by The Lookstein Center of Bar-Ilan University to keep the story of Soviet Jewry alive and to inspire the next generation with its message. Please read more about our educational approach and how to use this project below.
Educational ApproachThe Project
Protesting for Soviet Jewry, 1969.  Seattle Action for Soviet Jewry records I-507 ; American Soviet Jewry Movement Photographs I-495

We approach teaching the struggle for Soviet Jewry with an understanding that it is a collection of “teachable moments”, relevant for the study of the Jewish past, and relevant to guide our youth in their present and future.

The day-to-day struggles of the Refuseniks, Prisoners of Zion, and in fact, the Soviet Jewish community is an opportunity to teach about personal heroism, the importance of activism, Jewish identity, Jewish practice, Jewish values, and Jewish solidarity.

In parallel, the commitment and efforts of the Jewish students, activists, and communities in Western countries provide the same opportunity.

The two go hand in hand.

Additionally, we believe that there is purpose in sharing that among and across the Refusenik and activist communities there were a range of values and strategies. Disagreements happened, compromise was not always possible, and each side held tightly to their positions because they believed it would be the most impactful. 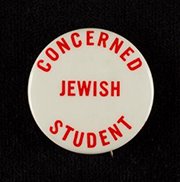 The materials on this website are meant for children in elementary, middle, and high school and can be used in camps, youth groups, and other programming environments.  They are designed to be flexible so that a range of educators—including teachers, counselors, and youth group leaders—will use them. Tweak, add, and subtract, as necessary.

Most importantly, educate the younger generation. Teach them that all Jews are responsible for one another and that every individual can make a difference. We hope you will inspire them with this very important period of our history.

Anat is an Israeli filmmaker and daughter of Prisoners of Zion Sylva Zalmanson and Edward Kuznetsov. She studied filmmaking at the London Film School in London England.

Anat’s critically acclaimed award winning documentary film, Operation Wedding (2016), was about her parents escape attempt from the Soviet Union, an event that kickstarted the Soviet Jewry movement in the 70’s, also known as the Dymshits–Kuznetsov hijacking affair.

Anat had recently created, along with NATIV, an wxciting Hebrew curicullum about the Soviet Jewry Struggle: Let My People Go

Chana German is Executive Director of The Lookstein Center at Bar-Ilan University. She has worked in Jewish education for two decades, leading educational technology projects, including curriculum development and online professional development and founded Lookstein Virtual Jewish Academy in 2014. Chana is passionate about using history to teach about Jewish peoplehood and Jewish values.

The creation of The Refusenik Project would not have been possible without the support, commitment, and passion of our generous donors and partners. Thank you.