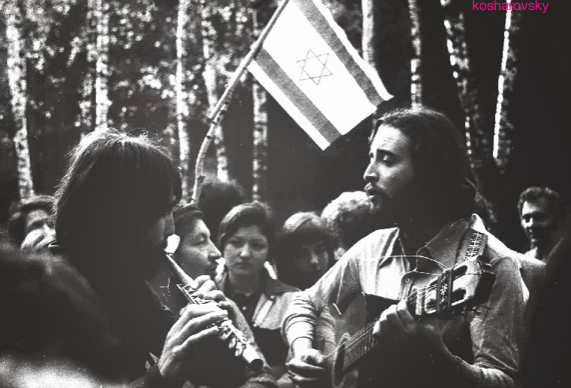 In this lesson, students will explore Jewish texts that deal with questions of identity and belonging. They will then create identity cubes, using symbols and/or imagery that represent various parts of their identities. These cubes will, in turn, help the students identify how they can each contribute to the Jewish community, uniquely.


At the end of the lesson, students will be able to:

1. Guided Discussion: Read the discussion texts from the source sheet. As you facilitate the discussion, list important ideas, words or phrases that they mention so that they can refer to them later on. Examples may be: Jews need community, relationship or connection to God, appreciating our abilities, identifying with the struggles of my people and my responsibility toward them.

2. Project: After examining the texts, let each individual create a cube of Jewish identity (template found on the source sheet).

Explain that students will be using a cube to help contemplate what identity is and begin to choose their own Jewish identity and how it fits into the world.

Show students a sample cube collage with the inside and outside decorated.  Give each pair a cube template, tape, and scissors. Some examples of things to include: descriptive words like “independent,” “creative,” “caring.” A picture of a person who made a difference to their country or a group of people (eg: MLK, Henrietta Szold). Jewish identity could also be described using images of things such as Jewish artifacts, or photos of life cycle events.

When they have created their cube, they should share it with someone else or with a small group.

Finally, as a group share all the identity cubes. Discuss their projects and begin to think about Soviet Jews in terms of identity. If a Soviet child were doing this project, what might they keep hidden about their identity? What might be universal?