Need for a Jewish State – A Rosh Hashana Lesson

The Soviet Union forbade any unique religious ritual from 1917 onward. By the time the state of Israel was declared in 1948, the Soviet media and leaders thought that Jews would feel a connection to the Jewish State because their ability to practice Judaism had been suppressed for so long. But, when Golda Meir, the first Israeli envoy and minister to the USSR, arrived on Rosh Hashanah 1948, something unexpected happened.

“Instead of the 2,000-odd Jews who usually came to synagogue on the holidays, a crowd of close to 50,000 was waiting for us,” she recalled in her memoirs. “For a minute I couldn’t grasp what had happened – or even who they were. And then it dawned on me. They had come – those good, brave Jews – in order to demonstrate their sense of kinship and to celebrate the establishment of the State of Israel.”

A few weeks later, Meir attended a diplomatic reception in honor of the Soviet Revolution, where she was greeted by Polina Molotov, wife of foreign minister Vyascheslav Molotov. Mrs. Molotov urged Meir, in Yiddish, to continue attending synagogue.

At the end of the lesson, students will be able to:
– explain the role of ritual in Jewish identity.
– identify the role of Israel to Jews around the world.
– identify rituals and holidays, such as Rosh Hashana, that contribute to the students’ personal identity.

After Golda Meir returned in Israel, the iconic photo of her dancing with the Jews, a photo that was taken by later Prisoner Of Zion, David Havkin, is printed on Israeli money for many decasdes, to remind the people about thier brothers behind the Iron Curatin. The bill of money says in Hebrew: Let My People Go שלח את עמי 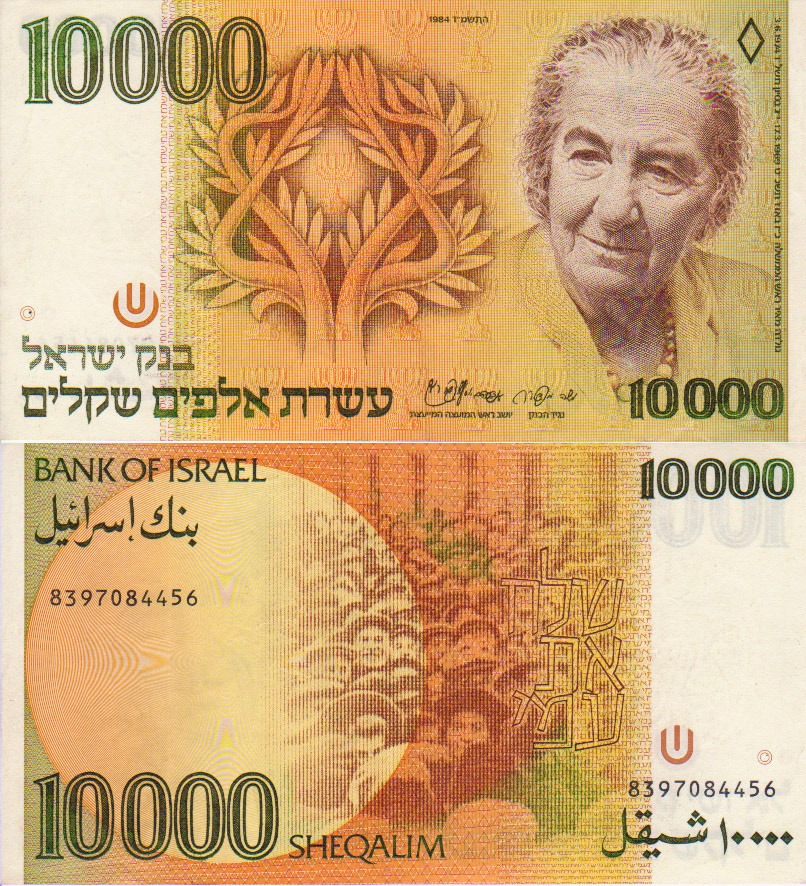 1. Trigger: Open with a discussion using the discussion question:  What holiday/ceremony in Judaism is most meaningful to you and to explain why.

2. Text Study: Read Golda Meir’s passage from As Good as Golda: The Warmth and Wisdom of Israel’s Prime Minister (1970) edited by Israel Shenker and Mary Shenker, p. 28, together. This can be found in the Materials.

This lesson is also available in Hebrew